The Baldy "Eye on the Mountain" Guest Blog

Enjoy our latest guest blog, written by long-time Mount Baldy local resident Sandra (Sam) Smith. Sam gives her thoughts and observations of the Baldy Mountain Resort pre-season preparations. Look for Sam during your visit to the resort this winter!

I am a full-time resident at Mount Baldy, and have been here every winter since 1968. I post as “eye on the mountain” on my independent blog for the Baldy Community.

New General Manager Andy Foster brings a fresh approach to Baldy management, leading, listening, asking questions, and showing a realistic vision for Baldy moving forward. It’s a good thing he likes a challenge, because he has faced many already, and he is still smiling. Andy is living full time at Baldy, and recently proposed to his long-time girlfriend Ploy – she said yes – and they have a new puppy.

I took some heat last winter for expressing concerns about what was being said about new subdivision development. When Andy came on board, he very quickly found out that the real estate development required more time and work before construction could commence. Work continues on regulatory and planning stuff – no new construction by BMR yet.

The area for proposed mini cabins has been logged, along with a patch in the middle of each of the proposed lots.

Part of Andy’s approach is not to announce things until they are complete – or he is confident that they will be completed soon. That is a little bit of a challenge for me, as my regular readers are always looking for news.

I keep looking for tidbits to post, and have some updates for you. 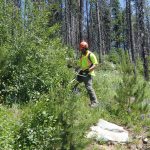 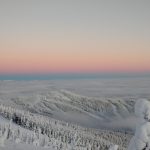 The Best Ways To Stay Warm While SkiingGuest Blog